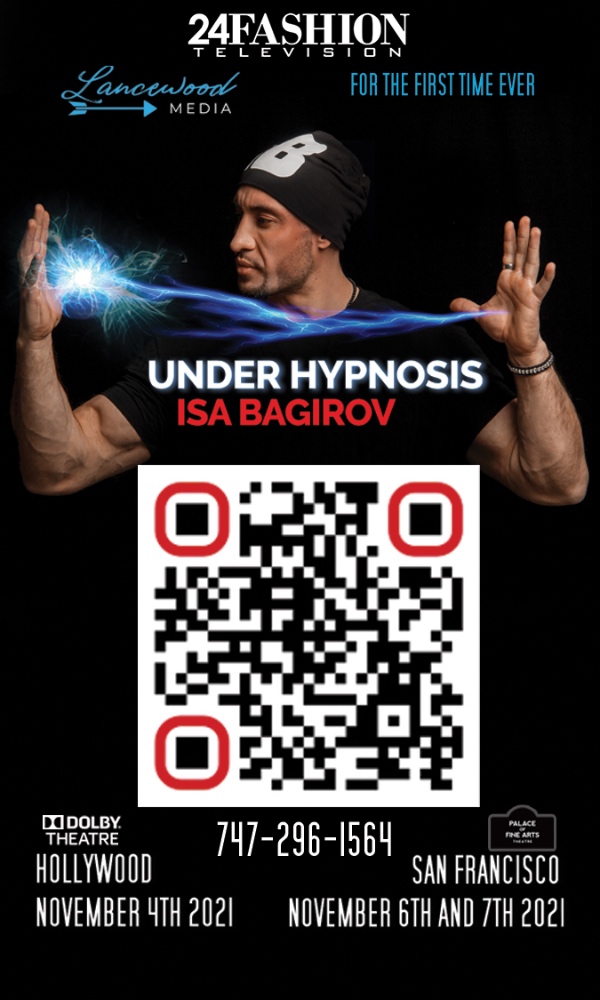 ***UPDATE*** This event has been cancelled due to COVID-19 restrictions on International travel. ***UPDATE***

THE SHOW THAT WILL LEAVE YOU HYPNOTIZED LITERALLY AND FIGURATIVELY

For years, Hollywood has been boasting of its incredible entertainment, known and admired the world over, but what if there was something beyond the seven seas that Los Angeles has never seen before?

Hailing from far-off of Russia, Mr. Isa Bagirov is one of the most prominent figures in the world of mentalism and hypnosis. An internationally acclaimed artist, he has the inimitable ability to astonish audiences with his ability that are beyond words. Mr. Bagirov has circled the globe with his show Under Hypnosis, gracing some of the largest concert stages of Europe, leaving thousands of people speechless and astounded by his mastery and unbelievable ability to read ones mind like an open book. A star of many national TV shows and the author of the bestselling book The phenomenon of mentalism: hypnosis and the absurdities of consciousness, Mr. Bagirov remains one of the leading mentalists in the world.

Make no mistake, mentalism is not a magic trick, and the show is not about pulling a card out of thin air. You can find out what a person is thinking about or introduce into his subconscious what you want him to think about! It is with the help of these laws that one can influence the fate of a person by means of programming the target and indicating the correct direction to move in order to achieve this goal The technique includes a mysterious combination of telepathy, clairvoyance and psychokinesis which lets you penetrate the thoughts of another. Coupled with lots of fun and audience participation, the effect is nothing short of captivating and exciting, - says Isa Bagirov.

The show will take place on November 4, 2021 at the legendary Dolby Theater, the Hollywood home of the Oscars and will take you on a fascinating ride inside the subconscious and back to reality. This lifechanging experience is guaranteed to leave you amazed and to make you believe in the impossible.