Miami County Post: Gene Avakyan, CEO of Edison Aerospace, is about to revolutionize the role of the UAV in agriculture. 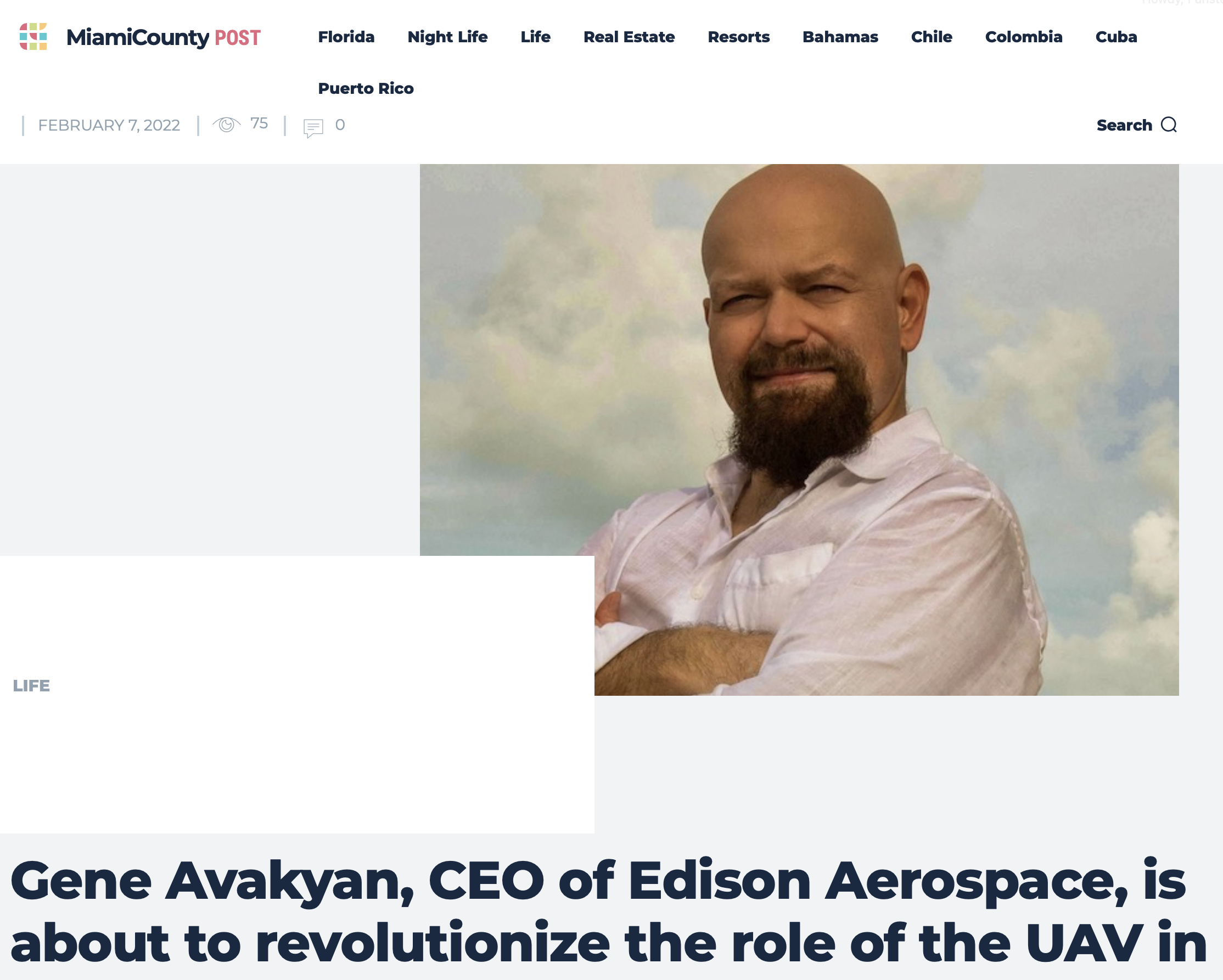 Miami County Post: Gene Avakyan, CEO of Edison Aerospace, is about to revolutionize the role of the UAV in agriculture.

There is a new alternative to the crop duster of old, guided through the air by an intrepid pilot who is the modern-day incarnation of the fighter jock, or pirate, or…you get the impression?

Until now, there were drones out there capable of spraying fields with the products that the farmers need applied to their crops, but these were only capable of carrying a few gallons at a time, making treatment of large plots of land impractical. If you have a boutique farm growing a few acres of a crop, one of those drones would do the job just fine.

Now, however, there is a real alternative to the general aviation aircraft that are spraying crops. You may ask, though, is there really a need to replace all those aircraft? The reasons are obvious when you look at the business of spraying crops in more detail.

The US fleet of agro aircraft currently numbers about 5,000, and with the typical model burning about 50 gallons of Jet-A or 100LL (leaded) gasoline and flying an average of 500 hours per year, that comes out to 125,000,000 gallons of fossil fuel burned annually. ..