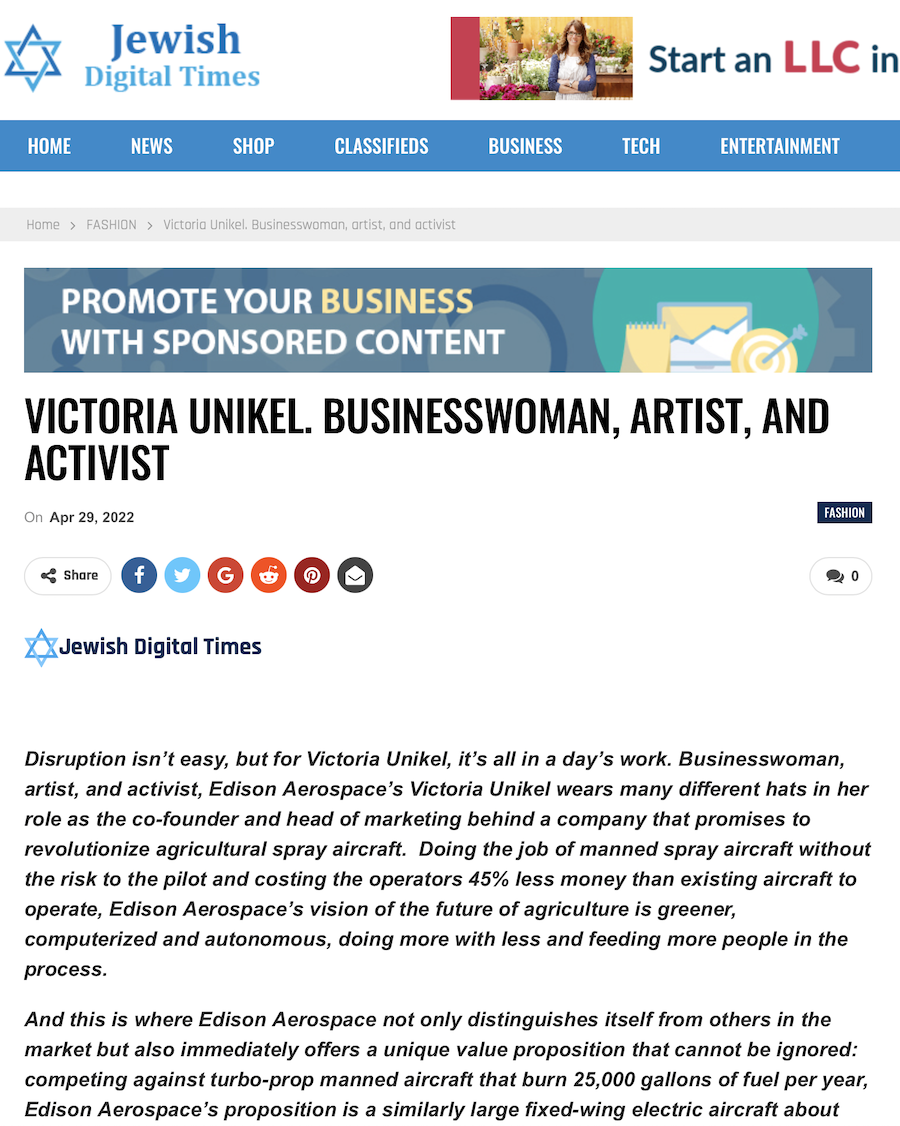 Disruption isn’t easy, but for Victoria Unikel, it’s all in a day’s work. Businesswoman, artist, and activist, Edison Aerospace’s Victoria Unikel wears many different hats in her role as the co-founder and head of marketing behind a company that promises to revolutionize agricultural spray aircraft.  Doing the job of manned spray aircraft without the risk to the pilot and costing the operators 45% less money than existing aircraft to operate, Edison Aerospace’s vision of the future of agriculture is greener, computerized and autonomous, doing more with less and feeding more people in the process.

And this is where Edison Aerospace not only distinguishes itself from others in the market but also immediately offers a unique value proposition that cannot be ignored: competing against turbo-prop manned aircraft that burn 25,000 gallons of fuel per year, Edison Aerospace’s proposition is a similarly large fixed-wing electric aircraft about the size of a Cessna 172 that offers improvements in ease and repeatability of aerial application, lowers operating costs, reduces the environmental footprint of large-scale agriculture, and brings energy independence to the farmer and the spray operator.